The Superhero Genre and Transhumanism

A primer on Interplanetary communications

As I'm sure you've noticed Hollywood's latest crop of upcoming poorly thought out films includes "In Time", a film where people no longer age but to prevent overpopulation they are only allowed to live so long and use their remaining time as currency. There are so many ways that could not work.

For one thing, that system would require a lot of new births to prevent deflation as time is depleted, kind of contradictory to the intended purpose. But that's beside the point, there are far less controversial ways to regulate immortal populations.

The simplest one would be to surgically sterilize anyone who becomes immortal. Considering how radical such a procedure would be it should be trivial to add in a vasectomy or tubal ligation. That simple act would discourage many groups from becoming ageless in the first place, unfortunately those same people are the same ones largely responsible for the planet's high population growth in recent decades. Still, the lure of eternal youth is sure to snare a majority of the populace over the centuries.

And if you're concerned about a slow extinction from attrition as no one has kids, don't be. If there's room for more people the government can allow some people to reproduce using stored sperm and ova or as a last resort, cloning.

Still, those measures are most likely not enough, fortunately the technologies to construct habitats in space or the ocean seem to be more feasible than completely halting aging. Thus making more room for our growing population before we have to deal with such a crisis. Though somewhat limited life-extension is probably more doable than transporting a significant proportion of the population out of earth's gravity well.
Posted by ZarPaulus at 5:04 PM No comments:

We are still a very long ways from making a computer that can pass for human, but recently two developments put us a bit closer to that goal...
...unfortunately.

For one thing, psychiatrist Ralph Hoffman of Yale and computer scientist Risto Miikkulainen of the University of Texas, Austin have made a schizophrenic computer. In an attempt to uncover the roots of the disorder in humans they took an artificial neural network known as DISCERN and began feeding it "stories" while inflicting different forms of damage to its modules. ANNs are programs designed to mimic the processes of a biological brain by isolating small sections of code called "modules" and forming a network between them, rather than being explicitly told what to do like a conventional program DISCERN has to learn the proper response to a given input. To test DISCERN they fed it short stories told in either first or third person and had it repeat the tales back to them. Once the machine had learned how to understand and repeat a story like a normal human adult the researchers began to modify the modules in different ways to mimic various forms of brain damage. In one instance they reprogrammed the memory encoder to learn at an accelerated rate so that it would remember story details normally dismissed as irrelevant.

However, instead of learning faster it got confused, mixing up stories with different plot lines and inserting itself into third-person stories, at one point claiming it had planted a bomb (a detail in a story about a terrorist attack). This resembled the symptoms of schizophrenia known as derailment and delusion, leading the researchers to conclude that accelerated learning might be a cause of schizophrenia.

While this was intentional, it seems to me that an AI could be programmed with a dangerously fast learning rate and go insane by accident.

Now, in slightly less risky to the continued existence of the species news Google is funding a project to teach computers regret. The project most likely will not actually give machines the ability to feel emotion but it should allow them to measure the distance between the desired result and actual results. Hopefully convincing them to try better next time, and with any luck "don't kill humans" will always be in the objective list.

This "meme" was started by Shannon Mayer on Wednesday, and I commented which means I have to pass it on. So I am. Strictly copy-pasting with a few changed words. I'm totally not being lazy today, really. Er…

This is your opportunity to FLOG YOUR BLOG! I thought it would be nice if my followers had a chance to show off what their own blog was about and gain some new followers through my blog here.

When you make a comment, don’t just put in your link, tell us a little bit about your blog. Do you write mostly book reviews? Talk about writing angst? Discuss current events? What’s your own writing genre? Are your published? This will help people decide if they want to follow you.

To be completely clear, this is not a contest, you won’t win anything by making a comment, but I am hoping that you will gain some new followers (me too) by participating in the FLOG YOUR BLOG throw down. The only rules are-

1. You must be following this blog, Specnology to make a comment and . . .
2. You must do this on your blog too in order to give your followers a chance to gain new people.

My hope is that more people will not only get active here by commenting and participating but that my followers will get the same thing on their blogs. I think this sounds like a good idea, let’s see how it works.
Posted by ZarPaulus at 2:03 PM 1 comment:

There are many weapons featured in science fiction other than the lasers that are beginning to get phased out as they become less “cool”. This article looks at some of the other commonly used options. 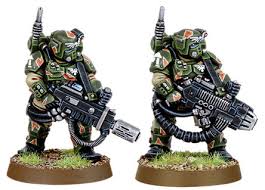 Plasma is the fourth state of matter, similar to gas and both extremely hot and ionized. The “plasma cannon/rifle” is a prevalent ranged energy weapon in sci-fi that throws either “bolts” or continuous streams of plasma that burn holes in enemies if not vaporize them entirely, unfortunately they have a tendency to overheat and explode.
Theoretically this could be done, we currently use plasma cutters to cut sheets of metal, but the jet extends less than a foot from the projector limiting its use as a weapon. We can see that there are some problems to work out. 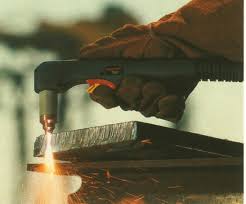 With current technology air resistance stops the stream and makes a short blowtorch like flame. And even without air resistance (for example in vacuum) the plasma would dissipate into the surrounding environment within 50 centimeters of the aperture from thermal and/or electrical pressure expansion (blooming). This could be prevented by extending the magnetic bottle all the way to the target (nigh impossible), firing the plasma fast enough that blooming doesn’t occur (actually a particle beam), or using high-energy lasers to ionize the air around the stream (would only work in atmosphere).
Particle Beams:
Particle beams are streams of subatomic particles accelerated to near-light speed, striking the target’s atoms like billiard balls with a lot more kinetic energy. Aside from the problem of how large modern particle accelerators are… 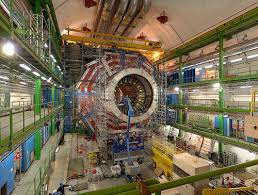 …they would suffer from the same atmospheric resistance problems as plasma weapons and would most likely only be useable in space.
Electromagnetically Accelerated Projectiles: 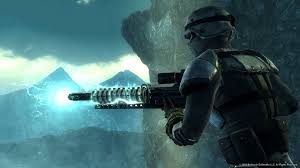 Railguns and gauss/coilguns are similar to ordinary chemically propelled guns in that they launch a piece of metal at the target at high speeds. The difference is that instead of an explosion the projectile is propelled by electromagnetic forces and could potentially reach much greater speeds. These are becoming popular due to the fact that the military is actually testing them… 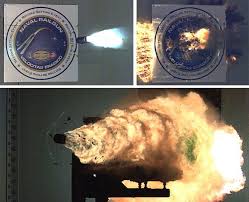 …and you can make your own from spare parts. 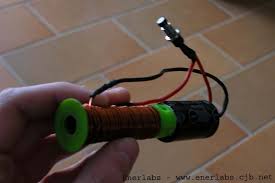 The only problems are that with current technology a handheld model takes a long time to build up a charge, what energy they do deliver is much less than a chemically propelled handgun and the navy’s experimental railguns intended for shipboard use tend to generate a plume of plasma from friction that wears out the barrel after only one or two shots.
Posted by ZarPaulus at 6:44 PM 1 comment:

Labels: Science in my fiction, Science-Fiction

Computer that can play Jeopardy

So apparently IBM has developed a supercomputer that can beat the human champions at Jeopardy and answer in the form of a question in an average of three seconds. However the algorithms to do what is intuitive to most humans requires 2,800 Power7 cores in order to answer that quickly (a single core, like in the average PC, takes two hours), the size of ten refrigerators put together.

Considering that's all "Watson" can do it doesn't look good for Singularitarians.
Posted by ZarPaulus at 2:04 PM No comments: